The dynamic Irish/American mezzo-soprano Aileen Itani is a zwischenfach singer who began her career as a soprano with a penetrating middle and lower register. She has appeared as Varvara in Janáček’s KÁT’A KABANOVÁ and Garcias in Massenet’s DON QUICHOTTE with the Danish National Opera, and returned in their 2019-20 season as Lisbeth, the female lead in Paul von Klenau’s groundbreaking 1933 opera MICHAEL KOHLHAAS.

Her professional breakthrough came in the 2007-08 season with the Danish National Opera as Marguerite in Gounod’s FAUST. The critical acclaim for her performance was unanimous, and she received as much praise for her acting as for her voice. Indeed, Aileen Itani’s passionate commitment to text and drama has earned her loyalty from directors, audiences and critics alike. 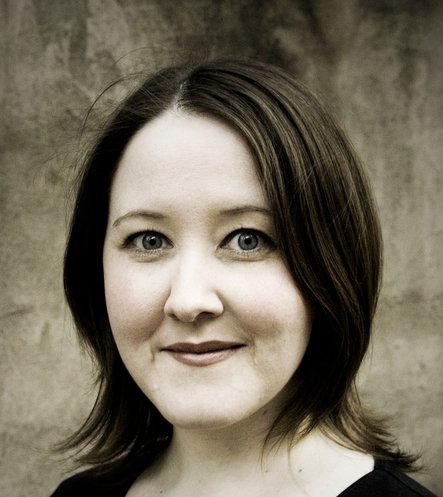 Following her success in FAUST, she received the Danish Music Reviewers’ Annual Prize in August 2009 at a concert broadcast live on Danish radio, featuring Tchaikowsky’s “Letter Scene” from EUGENE ONEGIN and Samuel Barber’s KNOXVILLE, SUMMER OF 1915.

She has been a frequent guest artist at the Royal Danish Opera, and is appearing in the current season as the Beggar Woman in Stephen Sondheim’s legendary musical SWEENEY TODD. She has also appeared on the Danish national stage as the Female Chorus under Britten specialist Steuart Bedford in THE RAPE OF LUCRETIA, as Pamina in DIE ZAUBERFLÖTE, and as the Waldvogel in SIEGFRIED as part of Kasper Holten’s widely praised Copenhagen Ring. In a commission to celebrate the Opera House’s tenth anniversary, she created the role of Sulamith in the world premiere of Pelle Gudmundsen-Holmgreen’s “staged symphony” SOL GÅR OP, SOL GÅR NED.

She has sung numerous times with the Royal Danish Orchestra, first as an invited guest for their New Year’s Gala concert under Music Director Michael Schønwandt, and later as soloist in Gorecki’s SYMPHONY NO. 3 and Szymanowski’s STABAT MATER, accompanying the world premiere of Tim Rushton’s ballet REQUIEM. She has also appeared with Maestro Giancarlo Andretta and the Aarhus Symphony Orchestra, both in Händel’s MESSIAH and in Mahler’s SYMPHONY NO. 4, which received praise from critics.

Aileen Itani has always been an eager performer of contemporary music, and in addition to her creation of the female lead in the critically acclaimed and sold-out SOL GÅR OP at the Royal Danish Opera, she has appeared in the world premieres of FIRE VINKLER PÅ MEDEA with Copenhagen’s FIGURA Ensemble, DAMPENES REJSE by Andy Pape with Nordic Opera, ACHILLEUS by Wim Henderickx and MOMO OG TIDSTYVENE by Svitlana Azarova with the Royal Danish Opera, and also toured Denmark with a new song cycle by Peter Bruun, SKØNHEDEN HÆNGER PÅ TRÆERNE.

In 2010, Aileen Itani made her Irish debut at the esteemed Kilkenny Arts Festival, which featured her both in recital with Canadian pianist Rachel Andrist and as soloist in Rossini’s STABAT MATER. She returned in 2011 as soloist in Mozart’s REQUIEM, and presented a series of Liederabender on tour with distinguished Irish pianist Finghin Collins in the autumn of 2012.

Like many singers born and raised in the United States, Aileen Itani’s first taste of the lyric theatre was in musicals and operetta. Her early professional experiences included leading roles in shows such as MY FAIR LADY, BRIGADOON, IOLANTHE, and THE GONDOLIERS. In summer 2018, she was honored to be a featured soloist in the Danish premiere of Leonard Bernstein’s MASS with Nordic Opera and the Odense Symphony Orchestra, a production that went on to be named “Classical Event of the Year” by the Danish Broadcasting Corporation.  This season, she will be featured in the first in the Royal Danish Opera's series of musicals as the Beggar Woman in Stephen Sondheim's grimly iconic SWEENEY TODD.

Aileen Itani was one of the finalists at the 2005 Queen Sonja International Music Competition in Oslo, Norway, and was the recipient of a prestigious career grant from the Léonie Sonning Music Foundation in 2006. She received her training at the Opera Academy of the Royal Danish Theatre and Conservatory in Copenhagen, at the Conservatoire National Supérieur de Musique de Paris, and at the Eastman School of Music in Rochester, New York.